Who are the Cartier Sisters? 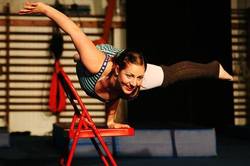 Genie Cartier is a San Francisco native with a background in Chinese acrobatics and aerial rope training. She performed a unique mix of acrobatics and hand-balancing on a folding chair all over San Francisco and Los Angeles, with companies such as Hubba Hubba Revue, Fishnet Follies, Circus Finelli, Picklewater Clown Festival, Literary Foolery and Machina Candeo. She was the co-creator and star ofGenie and Audrey's Dream Show!, an award-winning two-woman circus, which toured fringe festivals in 4 different cities. In 2016, she performed in Crescent Moon Theater's Isabella and the Jewel Divine, then went on to write the script for their most recent production, Julia's Travels in 2018. She is the co-creator and star of Yesterday is Tomorrow, and a founding member of Bow & Arrow: A Circus Theatre Collective, which produces a yearly Pagan holiday show called Saturnalia: A Raunchy Circus Christmas. She graduated from UCLA with a BA in English/ Creative Writing and earned an MFA in Creative Writing/ Poetry from SFSU. Her first novella Fog City Summer ran on brokeassstuart.com as a 6-part serial. 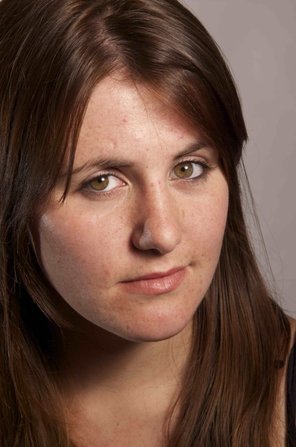 ​
Marie Cartier is a multidisciplinary artist born and raised, living and working in San Francisco. A trained actor, her work in theater also spans everything from light and sound operation to props design, education and writing. A newly-minted collective member at the San Francisco Mime Troupe, Marie completed the Emerging Artist in Residence program at SFMT by creating the original show Yesterday is Tomorrow with her sister Genie. She recently wrote the script for Saturnalia: A Raunchy Circus Christmas at Shelton Theater, a show she also co-produced and performed in. Marie goes on biking adventures to add to her "Plein Air SF" painting series, celebrating the natural beauty of San Francisco and Northern California. She holds BA's in Theater and Peace and Conflict Studies from UC Berkeley. Check out the wide variety of her work at mariecartier.weebly.com